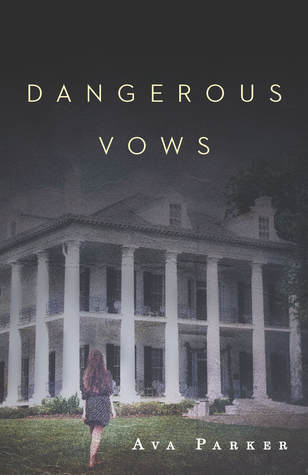 ‘Dangerous Vows’ by Ava Parker is a romantic thriller. It follows Lucy Walker, an undercover cop who has just come home after being wounded during an assignment. When a man is murdered down the beach from her home, Lucy’s best friend reveals the affair that got the man killed. Now Lucy and her new handsome neighbour, Gabriel, must keep Caroline safe from the husband who turns out to be the opposite of a Southern Gentleman.


I haven’t read much in this genre, but it’s one of my favourite types of movies. I refrain from calling ‘Dangerous Vows’ a mystery, as Parker lays everything out on the table from the get-go. There’s nothing left to the imagination. We’re told right away who the murderer is, why he did it, and what he plans on doing next. The only thing we really get to discover is how Lucy and her friends deal with the situations. Overall, it’s an interesting story. I enjoyed the small additions to the plot which made it slightly more complex. It wasn’t simply a husband scorned by his adulterous wife. There were quite a few more layers to him which I enjoyed reading. Unfortunately, there were other aspects of the novel I felt were forced and made me angry. Lucy is introduced as a cop who had recently been underground with  a Miami drug cartel, but the rest of the novel she is described as moderately useless and in need of saving. At least, that’s how the people around her treat her, which is pretty aggravating. Even Gabriel, an ex soldier and military police officer, seems to have a hard time seeing her as much more than an attractive woman. I concede she had been wounded, but there was just something about their interactions that made me want to blare ‘Girl on Fire’ by Alicia Keys, just to give Lucy some support.


Overall, Parker has written an entertaining novel and keeps true to many of the genre’s characteristics. After all is said and done, you’re left happy and satisfied. Much like after an encounter with Gabriel. Perhaps the best part of the novel was Lucy’s relationship with Gabriel. After living undercover, she learns to open herself, body and soul, and learns what it’s like to have true intimacy after a hard life. It’s sappy, but beautiful and powerful and makes me grateful for the love I have in my own life. Lucy is a relatable character for that reason, and if the plot wasn’t as interesting, she is the reason I would recommend this novel. And while Lucy learns to be intimate, through Caroline we learn that love truly is blind. In a just as powerful message, we are given a powerful message that is often overlooked in today’s society. It is not your fault. If you are abused, hurt, or if someone you care for is hurt, it is not your fault. But you can do something about it.

Book review: After the Sky Fell 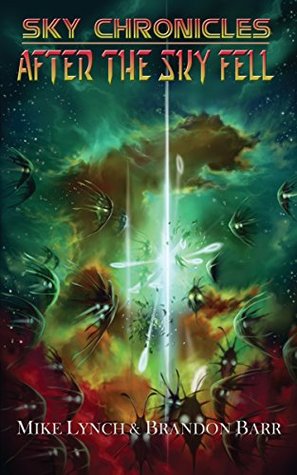 'After the Sky Fell' by Mike Lynch is the second installment of the epic sci-fi/fantasy saga, the Sky Chronicles. After a fierce battle thirty years earlier, Earth is once again threatened by a dark species known as the Deravans as prophesied by the Antarians. After being defeated once by a great warrior, the Deravans believe they can change the scriptures and win the second battle. With the help of the Creators, the warrior is to win for a second time, conquering the Deravans and their leader, Abaddon, once and for all.

This is truly a wonderful novel. Despite not having read the first in the series, I had no problem catching on. 'After the Sky Fell' is actually what I consider Christian sci-fi, as it mirrors the events prophesied in Revelation. Even the leader of the Deravans is another name of Satan, which I thought was clever to use. As much as I enjoyed the novel, and would recommend to both Christians and non-believers, there are some unfortunate flaws which detracted from my reading experience. The version I was given to review does not read like a final copy. There are quite a few grammatical errors, but not as many spelling errors which is a plus. The worst was continuity with character names and pronouns. Wrong names are used throughout the book with scenes consisting of only two characters, and suddenly one of the characters change for a few paragraphs which was extremely jarring. At a pivotal, and what should have been an emotionally charged, scene, the names switched which made me lose the emotions that had built and I had to re-read the section.

With an extremely thorough edit, these issues should be cleared up. Once that's done, there's nothing stopping this novel from being a great hit. Revelation is already such an amazing and action-packed book, that it only makes sense that a novel based on its message would be the same. If you're looking for a complex space sci-fi novel, this is the one to read. It is one of those novels that makes you wonder about the universe God created, and Lynch does a great job of giving one answer to a 'what if?' What if there are other beings on different planets? How does the gospel affect them? Lynch, while staying as true to scripture as possible within the confines of science-fiction, has successfully shown what it is to have true faith in the face of destruction.

Link to the book on Amazon
Link to author's page
Posted by N.M. Sotzek at 10:20 pm No comments:

Hello everyone! For once, I'm going to talk a little about myself! In September I published my first novel in my sci-fi series, 'Revealing the Revolution.' It's been a pretty overwhelming experience, and I wouldn't trade it for anything in the world! It's honestly one of the reasons I started reviewing. I wanted to become even more involved in the indie community.

And now my novel has been shortlisted for the Prize Writer Award, hosted by Bookbzz.com. In this final stage, it's open to a public vote. That's where you guys, my wonderful readers, come in. Voting will begin February 1st, so keep an eye out! I'll post something here in my blog to remind you all. Thanks ahead of time for all of your support! Remember that supporting your fellow indie authors is supporting yourself! 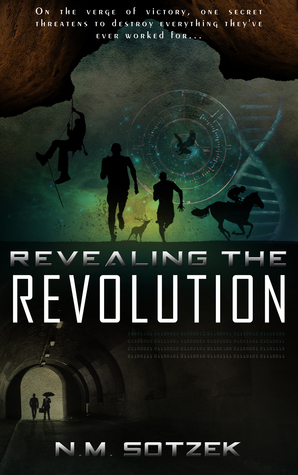 Email ThisBlogThis!Share to TwitterShare to FacebookShare to Pinterest
Labels: Announcement 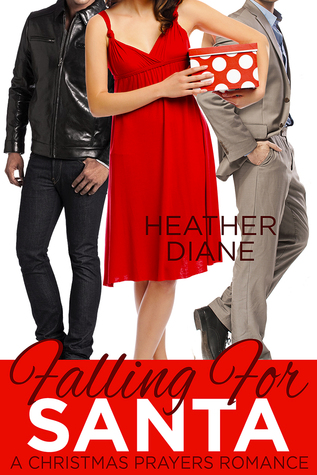 Holly only wants one thing for Christmas: a man to share the holidays with. In 'Falling for Santa,' Heather Diane gives us the story of Holly Berré who prays for a man to make her holidays, and life, a little less lonely. And then two single men move in, one on each side of her house. In the typical holiday movie/novel fashion, we follow Holly as she tries to make what ends up being a very important decision.

Diane's novel was extremely entertaining, for what it is. This is the novel version of the Hallmark Christmas movies which are mentioned within the novel itself. Once the two men, Albert and Ben (or as I like to call them, Plan A or B) are introduced you know exactly what is going to happen. There's nothing surprising about this novel, or new. But that perhaps lends to its readability for many people. Okay, let's face it: this is a woman's only book. I can't see many men enjoying it, but you never know. By the end of the novel, I was rooting for one man in particular, even if I in no way thought Holly deserved him. But, as with romance novels of this nature, they did and likely lived happily ever after. If you want a ridiculously cute holiday romance novel to pass the time, then this is the book to pick up. I was able to read it in one sitting, and it was well worth the time. Despite the series title being 'Christmas Prayers Romance' I urge anyone to read it, as the Christian theme really isn't apparent, in case that turned people away. It's still the typical 'feel-good' story, and extremely entertaining.