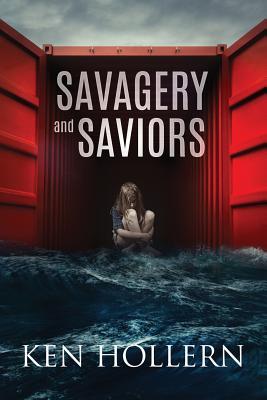 It's been a while since I've read a book I could get lost in, and Savagery and Saviors did it for me. It completely sucked me in, and nearly made me late to work more than once. This story really hit home for me, especially in light of everything that's going on in the world. It reminded me of the genocide in Rwanda. It reminded me of the human trafficking that happens in our own backyard. Hollern didn't romanticize a single thing. It was dirty, inhumane, disgusting...and real.

Cole was a great main character, with relateable ethical decisions, and his pain and guilt over the loss of his wife. Rochelle grew on me. I wasn't sure about her at first, and I liked her more before she met Cole (she felt a bit stronger without him) but she more than redeemed herself in the end when she...well, I don't want to spoil things. Let's just say she handles the situation.

I think I would have liked a bit more details in regards to the children, feel a bit more of their hopelessness and raw emotions. But at the same time, we got that from Cole. It still would've been nice to have it all rounded out.

What really touched me was Abou's part in the story. It just shows how we are all connected, even if it's in some small way. One encounter. That's all it takes to change a life. Hollern showed that beautifully. He described the life of the Fur tribe in Darfur well enough that I thought I was there with Abou. I felt his pain, his vengeance, and eventually the desperation to bring his people to safety. It was a great climax to the story.

This is one of the few books I've read recently that has no loose ends, and I'm utterly content with how everything happened. If you're a fan of thrillers, action novels, and political/social justice themed books, Savagery and Saviors is the first book you need to pick up. 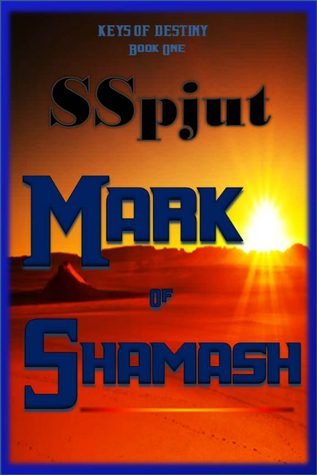 I was really looking forward to reading this novel, and it's been nearly a year since I agreed to read it. I have a degree in Near Eastern Archaeology, so this was completely up my alley. That being said, I was heartbroken when I couldn't bring myself to finish Mark of Shamash.

Honestly, I can't quite call it a novel. It's more of a manuscript in the sense of a lack of editing. And I mean nearly a complete lack of it. The plot itself is very slow, but nothing quite wrong with it really. Aside from the lack of editing, the writing isn't terrible and I'm sure once it's cleaned it up would be pretty decent and would appeal to many readers.

From what I understood, the story was meant to be written in the form of a Mesopotamian myth or at least styled in that way, but carried none of the patterns or themes found in myth stories. And the research done seemed half-hearted in general. To be fair, a lay person likely wouldn't be able to tell the difference, but I could. I had absolutely no sense that it was set in the Early Bronze Age, especially when a few characters spoke with a Cockney accent. In Mesopotamia.

If I were to receive an edited version of this, I would definitely give it another go as I am interested to see how it plays out since this is supposed to be the story of Abraham's ancestor. But as it stands, I need to be fair to myself and to the other authors who requested a review and give them the time they deserve. I gave as much as I could to this novel, and I only got halfway through.
Posted by N.M. Sotzek at 10:38 pm No comments: