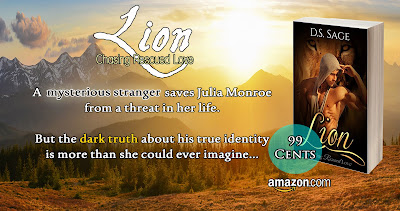 Businesswoman Julia Monroe is nursing a broken heart and wanting to feel something strong and sweet at her side. A visit from Derek, her lying ex, tempts her to give him another chance, but the man’s old habits rear their head all too quickly. Along with a sudden violent streak that threatens Julia's very life.

Suddenly saved at the last minute by a mysterious stranger, Julia finds a savior in the sleek and sexy Rex. He takes her out of harms way, and soon she is riding in his luxury car and brought to his posh pad. Unable to resist him, Julia falls into Rex's arms and discovers the kind of passion that she has never known. Longing for more, she is surprised when he backs away, and her fury is about to bubble over at the thought that she is the victim of a con. But the dark truth of who and what Rex really is more than she could ever imagine."

After spending a perfect night with the mysterious Rex, Julia Monroe is stunned to see her sudden lover morph into a massive cat. Drawn to the beast in spite of her fear and thinking that she might be the only one that can save him from what appears to be a horrible curse, Julia is shocked to see him change again. And Rex is in no way surprised by what he can become.

Once Rex reveals his sorrowful past, Julia can’t help but find the man in any form more attractive than ever. But then the vestiges of a long ago bargain appear on the scene, and Julia realizes that there are far more dangerous powers at work.

After committing themselves to one another, Rex and Julia are confronted by the creatures that originally changed him.
Julia finds herself a captive, but her own unexpected powers run deep, and she gets the upper hand on Harris. Risking safety and sanity to bring her new love back to the land of the living, Julia soon finds that she suddenly has more in common with Rex than she ever could have imagined. Will she run and hide one last time? Or will she give in and share Rex’s fate for all time?

Buy the book on Amazon

Book review: Woman of Strength: Learning from the Proverbs 31 Woman 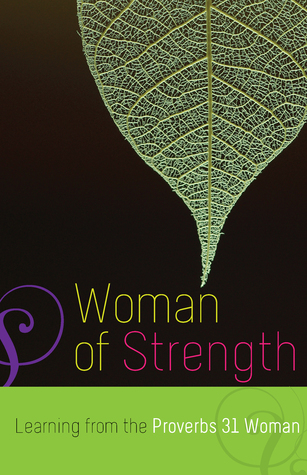 Woman of strength is a nice devotional which focuses on the various aspects of a woman in Psalm 31. There are a few main divisions which focus on an aspect each, such as prayer, fasting, etc.

When I say it's nice, I mean just that. It is a surface devotional, not quite challenging the reader to live the life described in the psalm. Instead, it uses examples of saints and how they lived their life. While some may say that's a personal challenge, all it felt to me was superficial and didn't challenge me on my relationship with God. It also relied heavily on quotes by saints and popes. I would have liked to see more scriptural examples to encourage me, but I understand this is a Catholic devotional (it was a gift to me. I'm not Catholic) and the idea is there.

It is also catered more towards older women, likely with children, and so I couldn't relate to a lot of the stories. But for those who fit the criteria, I'm sure it would have been good. This is a devotional for Catholic women who aren't in need, or in the place, to be challenged, and instead need something to focus their daily prayers.
Posted by N.M. Sotzek at 8:00 am No comments: