Character Interview with Pierce Landcross from "Legacy: The Reunion" by Michelle E. Lowe

Our latest with Pierce Landcross from Michelle E. Lowe's work "Legacy: The Reunion" 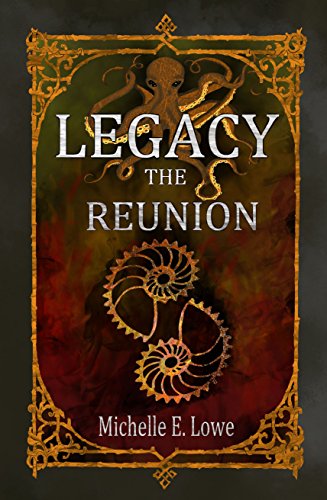 To Learn more about author Michelle E. Lowe click here.
To purchase "Legacy: The Reunion" click here.
Posted by Lilaina Osborn at 9:30 am No comments:

Interview with author of "The Rain Never Came" Lachlan Walter

Read our latest interview with Lachlan Walter, author of "The Rain Never Came." 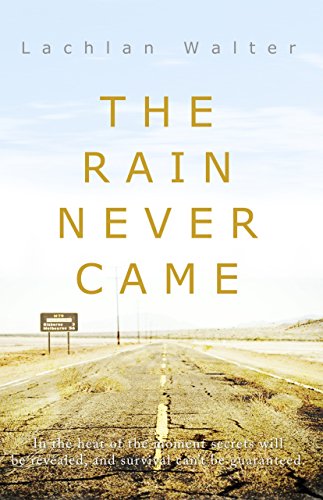 What is your favourite genre to write? Why?
I’ve always written within speculative fiction: typically science fiction and post-apocalyptic fiction, with the odd detour.

Like many science fiction writers who grew up during the 1980s, I was a nerdy kid surrounded by a media landscape saturated with science fiction, and living through a point in time in which the genre’s terminology and motifs were being absorbed into our cultural language. To an enquiring mind that soaked up external stimuli like a sponge – especially one obsessed with books, giant monsters, Ghostbusters and Star Wars – science fiction seemed like the logical way to express and understand the influence of this changing world.

And then there’s science fiction’s ability to make us question what we know, by reframing it as a ‘what if?’ and then digging deep. To this particular fan, the ability of science fiction to open our eyes to what is by showing us what it might become, is nothing short of genius.

We’re fascinating creatures with individual habits and quirks that would seem odd, if not bizarre, to anyone but ourselves. And so, to make a character more human and alive, these habits and quirks need to shine through, even if only subtly. The trouble here is that making up a quirk or habit can seem ridiculous, even if only to ourselves – which can then have a knock-on effect on our confidence and flow.

This is why it’s okay to occasionally steal things from real life and give them to your characters – sometimes the truth really is stranger, more interesting and more convincing than fiction.

Have you ever written something you didn’t like, but felt necessary for the overall story?
Absolutely, as I think every writer has – there were many instances of this in The Rain Never Came, some of which anyone who has read it will recognise straightaway. But as unlikeable as these instances may be, they’re there for a reason: realism.

All writers should strive to make their stories as believable as possible, even if the events and locations therein are purely fictional or speculative. We should do our best to make them ‘real,’ especially their characters and their characters’ lives. And a large part of what makes our own lives ‘real’ are ups and downs – no life is perfectly balanced and as smooth as the proverbial, no matter the surface impression. Happiness and sadness, joy and depression, excitement and boredom, engagement and disenchantment; they are complimentary emotions that can only exist in contrast to each other.

Our stories should reflect this: good things should happen, and so should bad things. It goes without saying that we often tend to prefer writing the ‘good’ to the ‘bad’ – show me a serious writer who doesn’t invest a fair bit of emotion in their work, and I’ll show you a liar. And so it is with The Rain Never Came. Bad things happen in it, things that I didn’t particularly like writing, but they were necessary for both the story as a whole and as realistic balances to the good.

Do you take criticism hard or do you have a thick skin? Have you ever received criticisms that you felt were unjustified or too harsh? Are you your worst critic?
So far, most of the feedback I’ve received on The Rain Never Came has been positive, or at least encouraging. I’m ready for anything negative, though – quality is in the eye of the beholder, as some people say, and no piece of art, be it a book or a song or a movie or an actual piece of art art, is ever perfect. And nor should it be.

Luckily, I’ve got pretty thick skin. And it helps that I’m hard on myself, and push through a lot of redrafting and rewriting before showing my work around for an initial round of feedback – I don’t want someone to judge my work if it’s full of logical flaws, continuity problems, grammatical mistakes, plot holes and so on. That way, each piece is as polished as that point in time dictates, and so the feedback received is on the major elements instead of the minor.

How do you keep motivated to finish a writing project?
For me, the simple answer is to have another project to look forward to when I’m done. I believe that most writers have more ideas than they know what to do with – if we can harness that, and stay sharp enough to use these ideas as blueprints for future projects while still dedicating our passion to the project in front of us, then there’s always something to look forward to. Anticipation and delayed gratification: there’s sometimes no better motivator.
What would be your advice for aspiring authors?
There’s as much advice for aspiring authors out there as there are aspiring authors, but I’ll share a way of thinking that works for me. Writing a good book only takes a few things: a spark of talent that can be nurtured, an idea that can become a story, and discipline and routine, as well as a lot of time and a job that allows you that.

Find these things, and you’ll get there.

To learn more about author Lachlan Walter click here.
To purchase "The Rain Never Came" click here.
Posted by Lilaina Osborn at 9:30 am No comments:

Interview with the author of "Luska" Will Robinson

Check out our interview with Will Robinson, author of "Luska"


What inspired you to start writing?
I was inspired to write by my psychologist. By the time I was 22 both my parents had died of cancer and my best friend had been killed in a car accident. Although I initially banished any emotion to the deepest, darkest hole of my psyche and went one with my life like a good southern man-boy, I slowly started to fall apart. I was really at my wit’s end when I found my psychologist, a real hard-ass Israeli woman who got me to finally examine the uncurated emotional memories  of my youth. I used to be an avid drawer and painter, but I had allowed the creative part of my brain to be cut off and almost wither away. She suggested I write something. That something eventually became my first novel, The Fiery Salamander.

When did you complete your first piece of writing? What was it? How was that process?
I completed my first piece of writing  (first draft at least) in maybe 2009. I was a stay at home dad at the time, so I had moments of freedom to work on it if my son was asleep or preoccupied. The book is called The Fiery Salamander, a YA historical fiction novel set at the end of French and Indian War  (which should finally be out in early 2018). I had to do a lot of research for that book, but I was familiar with the colonial period through my archaeological studies and work on sites from the period.  That got me into the habit of writing. Habit is the key. It has to be such an innate part of your schedule that if you don’t do it, you feel bad.

What kinds of sources do you take inspiration from?
My family and friends are a great source of inspiration. I also consume a lot of anthropology, history, general science, cognitive psychology, and (of course) fiction which inspires my work. But also travel; I went to Ireland recently, which is the setting of the fantasy novel that I am working on at present. Authors and thinkers that inspire me are Geraldine Brooks, Hilary Mantel, Vernor Vinge, Nicola Griffin, Kim Stanley Robinson, Neal Stephenson, Frank Herbert, Ann Leckie, Isaac Asimov, Napoleon Chagnon, Steven Pinker, Robert Sapolsky, and many more. My sci fi novel, Luska, has anthropological themes, but it is an amalgamation of inspiration from many of the authors and people I have read and interacted with all my life.

Do you model characters after real people?
Usually not actively, but passively. Eidi, one of the main characters in Luska, has what she calls “spells” where she sees into possible futures. It is certainly based on my experience of having anxiety attacks. Her heart races and has a feeling that she is going to die, which is the way I would feel when I used to have them ten years ago. It was only after wiring the first version of the scene did I realize that Eidi was actually having an anxiety attack (I, unfortunately, can’t see the future ).  Also, her grandfather is loosely based on my Korean father-in-law and his experiences of growing under Japanese rule in Pyongyang. But this only goes so far-- my father in law was not evil, just a little grumpy.

How do you keep motivated to finish a writing project?
A key to how I have been able to keep motivated is to keep a specific time to write. I am a morning lark (as opposed to a night owl). I have always been my sharpest early in the morning and that is when I write. Just having that time during the small hours when no one is awake, keeps me free from distractions and my eyes on the prize. If a problem arises in the story that I can’t write through, I will stop and do something else, like take a walk. Sometimes, if I am lucky, my brain will figure out a solution. Now I say this, but it  is not always true, for I am a fallible human and I also like to play computer games. So if that becomes a distraction at home, I go to a coffee shop, put on headphones and retreat into my little shell while gulping coffee and forming brain fruit, also called ideas.


To learn more about the author Will Robinson click here.
To purchase "Luska" click here.
Posted by Lilaina Osborn at 9:30 am No comments: