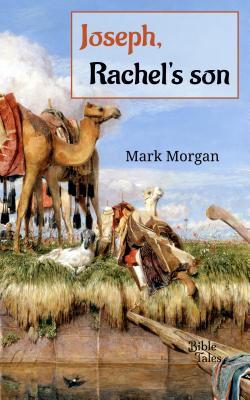 Joseph, Rachel’s Son by Mark Morgan recounts the Biblical story of Joseph, son of Jacob, son of Isaac, son of Abraham. Sold into slavery by his jealous brothers, Joseph is delivered to Egypt. It is here God uses him to save the sons of Israel.

Whether you’re a Christian or Jew, most people likely know the story of Joseph. I’ve read quite a few novels already based on his story, and of course seen the movies and musical. I was a bit disappointed when reading this version that there wasn’t much added to the story. Now, if the point of it was to make the Biblical story more readable, then Morgan surely achieved that. But I can’t truly say this was a told in a new or exciting way. It starts off quite slow, in fact focusing more on Jacob than Joseph. There were only a few times where the narrative was expanded upon.

I do see where Morgan may have preferred to not add to the Biblical narrative, but with a novel at times it is necessary to in the very least expand on what we know. Personal dialogue, for instance, is an easy way to do this.

With all that being said, I did like how Joseph’s faith was the main focus. He wasn’t just any ordinary person. In fact from a Christian point of view, Jesus doesn’t even come from Joseph’s lineage but from Levi his brother. Morgan makes the point, as does the Biblical narrative, that Joseph was put where he was to ensure the sons of Israel survived. It was his faith that helped him through his ordeal, and changed those around him. Some novels portray Joseph as an intelligent man who was given the interpretation of dreams, and while that in itself was quite a bit, it was ultimately his faith that allowed him such favour.

Overall, this was a quick and easy read. If you’re familiar with the story of Joseph this will not bring anything new to the table. But for those who are not as aware, this is a nice introduction to the story of Joseph, the power of faith, and the power of our God as El Shaddai, God Almighty.
Posted by N.M. Sotzek at 5:39 pm No comments: 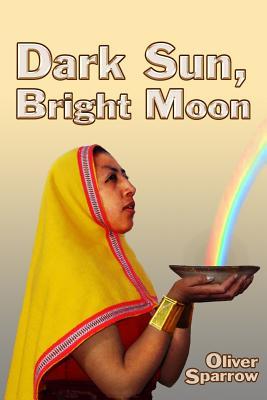 Before I talk about what I read, I have to mention my first flip through. This is a novel which I received a physical copy so I was able to do that this time. I have to say how oddly it’s formatted. That is to say, it’s not formatted as a novel at all. Rather than indentations to show paragraphs, each paragraph is separate on its own. And dialogue is shown justified, indented and begins with dashes. (Note: I’ve learned since that this style of dialogue, with the dashes, are seen largely in non-English writing, called a quotation dash. My advice to the author would be to format the novel according to the audience and language in which it will be read.) It’s all very strange. And there are pictures every now and then. It reminds me more of a textbook formatting, than a novel. I’m not against pictures, but the placement is more in line with a textbook. There’s even quite a large appendix to go along with it.

That being said, it’s clear the author has done quite a lot of research for this novel, but seems like he needs to prove that he’s done all the research by adding the appendix rather than showing it through the writing. Again, this is all before I’ve even started reading the novel. In fact, I’ve read through the Appendix first and indeed that is all basically a textbook. If the novel is written correctly, the entire appendix should be unnecessary.

Once I began reading, I noticed there’s quite an odd shift in style at chapter 8. The previous 70 or so pages were heavy on unnecessary details and lengthy explanations. It takes until roughly this point for me to even care about what’s happening. Granted, it’s not even 1/6th of the way through the book but it’s still been a big time investment for very little reward. The majority of the novel itself could be severely reduced without harming the integrity of the characters or plot. That’s a very big issue with this novel.

That is likely what makes this novel so disappointing. The concept is, in fact, quite interesting. It isn’t until near the end of the novel that I actually begin to like the main character, Q’ilyasisa. I’ve never read a novel with a focus on the Incan (or technically pre-Incan) empire so I was glad to have the chance. I learned quite a bit about the culture and cosmology, much in the same way I would learn from a text book. I don’t really feel I read a novel, to be honest. I really wanted to enjoy this novel, and at times I did but they were far and few between with great allowances.

This novel needs a massive edit, which is unlikely to happen at this point. Sparrow has clearly done a lot of research into the topic, especially as he has lived in Peru for some time. He likely would have been better to write a textbook than a novel. Overall, I cannot say I recommend this novel unless your objective is to learn about the Incan religion.

You can buy the book on Amazon.
Posted by N.M. Sotzek at 9:00 am No comments: