Review for "Fall from Grace" by J. Edward Ritchie 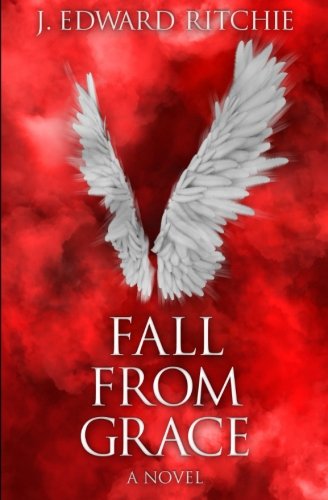 Review for “Fall from Grace” by J. Edward Ritchie

Fall from Grace by J. Edward Ritchie is a thrilling new take on the story of Lucifer and Michael; great angels in heaven and brothers who fall out when Lucifer rebels against heaven. We hear the story from both Michael and Lucifer's perspectives; alternating between the two of them, so we understand exactly what happened, and more importantly, the kind f relationship they had with each other, and how it changes over time.

Ritchie created a great new story around one that is very old, and makes the world of heaven and the angels really come to life like never before. Where you might expect something more other-worldly the background and lore of Ritchie's world was surprisingly relateable and very human. I felt fully immersed in this world, and sat on the edge of my seat for the last quarter of the book.

I had few issues with this book, overall being something very enjoyable and well worth the cost, however one thing that bugged me was the character of Satan, referred to as both Satanail and Satan. As someone who grew up catholic I know that Satan's angelic name was Lucifer (meaning light) and I was actually a little disappointed that this name wasn't used in the book, especially since the names of angels and other creatures was an important part of the story. Every other name for the creatures you met made sense, and Ritchie twisted their relationships skillfully. Regardless of your religious affinity I think there is something for everyone in this book.

To purchase "Fall from Grace" click here.
Posted by Lilaina Osborn at 9:00 am No comments:

Review for "In the Eyes of Madness" by Michael Pang 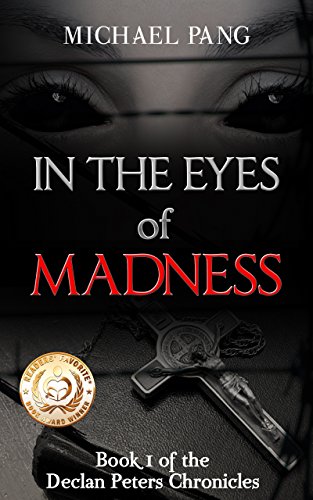 Review for "In the Eyes of Madness" by Michael Pang

Where demons and teenage angst intersect, “In the Eyes of Madness” by Michael Pang shows what happens when teenagers discover the world of demons and those who fight them. This story centre's around Declan, a sweet natured and loving teen with a troubled past he is constantly trying to put behind him. With the help of his best friends he tries to keep it together, and help his aunt and uncle who raised him, but the memories of his mothers mental break keep coming back to haunt him. When he meets a mysterious new coworker at the hospital everything changes for him and his friends.

This book was a little slow to start, but after a little while ratchets up the intensity and the suspense, to my delight. Pang sets he scene really well by introducing us to the main characters and giving just enough information so we can start to form attachments and opinions on these characters, but still keeps something held back to allow for more natural reveals throughout the book that takes you by surprise. The flow was great, and as the book goes along you start to notice small thing that accumulate into some great twists and turns.

This is a short book however, and because of the slightly slow build at the beginning it feels pretty rushed at the end, and there is quite a lot of exposition crammed in to make sure it ends in some semblance of a solid conclusion. The author description does also say that Pang is a Christian, which you might have guessed from the book content in general, but I found it not quite too preachy as you might expect. I did like the book, and if you are looking for a well crafted quick story filled with teens, romance, heartbreak and the supernatural, this is the book for you.

To learn more about the author Michael Pang click here.

To purchase "In the Eyes of Madness" click here.
Posted by Lilaina Osborn at 9:00 am No comments:

Review for "The Revelation Room" by Mark Tilbury

Review for "the Revelation Room" by Mark Tilbury

The Revelation room is part mystery, part action with a little romance thrown in for good measure. The story centres around a young man named Ben Whittle, mild mannered and soft spoken, who's father is a private detective. Ben is thrust out of his comfortable life in a small sleepy town in England when he receives a phone call from his father, clearly in distress, pleading for help. Now Ben has to rescue his father, while somehow getting over his crippling self doubt, with the help of his best friend and secret crush Maddie. Despite the odds, and a violent cult leader, Ben summons the courage he needs to save his father, and perhaps learn something about himself and his own strength along the way.

Well, what can I say about this book. The content requires some maturity to get through as things get quite dark at times, and it certainly is original from my perspective. We don't see this from the perspective of a talented private eye, but instead from their kid; decidedly NOT talented. So while the story I found compelling and original, the character of Ben Whittle was so annoying and frustrating it almost made me put the book down. He is the very definition of a wet rag; he constantly complains about how much he sucks at everything from cooking to walking, and he is terrified of literally everything. He convinces himself that his dad is already dead and he is just walking straight towards his own doom. I understand that the point of Ben being like this is that once he goes through the trial of saving his father he is supposed to find an inner strength, and transform himself to save the day, and I won't spoil it for you, but suffice it to say I was thoroughly underwhelmed by this character the entire time.

I have to give kudos to Tilbury though, I knew what he was going for and he nailed it. I would almost say it crafted this character too well, because I honestly would have punched him if I was with him. I will say I wish the ending was more satisfying, and that I saw more of a transformation with Ben, and saving that I just wish he got the nerve to tell Maddie the truth about his feelings. In the end however Ben goes back to being Ben, and perhaps that's more impressive than him changing, since he is able to experience the things he experienced and somehow keep himself together.

To learn more about the author Mark Tilbury click here.

To purchase "The Revelation Room" click here.
Posted by Lilaina Osborn at 9:00 am No comments: