Lilaina from On Writing had the chance to interview L.S. Johnson about his writing process. 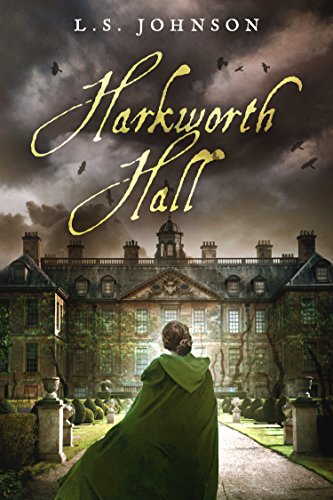 Caroline Daniels must marry, and marry well. But in her remote corner of England eligible suitors are few and far between, and none hold a candle to her closest friend, Diana Fitzroy.When Sir Edward Masterson arrives, he seems the answer to Caroline’s financial worries, though she instinctively dislikes the reticent, older merchant. Soon Sir Edward has set his sights on acquiring both Caroline and the decaying Harkworth Hall.Caroline’s future seems secure, save that Sir Edward’s enigmatic secretary hints at a dark secret, and Sir Edward shows an unusual interest in the nearby bay. To discover Sir Edward’s true purpose, Caroline will have to face the horror beneath Harkworth Hall—and the woman who will change her life.


What is your favourite genre to write? Why?
After a long time trying to write realistic fiction, I came back to fantasy, and it was Such. A. Relief. Fantasy allows me to take all the creepy stuff in my head and make it serve a purpose. There are things that can’t quite be conveyed in a story about day-to-day life, but are perfectly expressed by a spectral creature that hovers behind you, taking bites out of the tender flesh of your nape with teeth that only manifest at dawn. For example.

Do you take criticism hard or do you have a thick skin? Have you ever received criticisms that you felt were unjustified or too harsh? Are you your worst critic?
I’m pretty thin-skinned, unfortunately—criticism dovetails too neatly with social anxiety. I have, however, taught myself how to process criticism in order to be able to focus on the critique rather than reading into it all sorts of terrible things about myself. Basically I glance at the crit/review, just the quickest skim, and then I put it away and I go do something else that will engage my brain—watching a movie, say, or going out with friends, or diving into some nonfiction. The next day I’ll go back and read it through carefully. If responding is an option, I’ll still take at least two or three more days before I respond. What I find is that even the harshest stuff, if I take it in through these stages, will either morph into advice I can reasonably consider, or will reveal itself to be a personal response that I can ignore.

Have you ever felt like quitting writing? If so how did you overcome those feelings?
I’ve actually quit twice now. This pen name is a total reboot. In all honesty, if I don’t write I don’t sleep, otherwise I’d be working a far more lucrative job and just scribbling on the third Sunday of the month. Writing is difficult, lonely work, and it can chew you up in ways you’ll never be able to predict. It’s also exhilarating, creatively fulfilling, and provides a level of emotional engagement with the world that I am lucky to experience. How those things stack up against each other is different in everyone, and there’s nothing wrong with saying nope, not for me, or just keeping it as a hobby.

How do you keep motivated to finish a writing project?
One of the most transformative decisions I made as a writer was to finish EVERYTHING. Even if I know it’s lousy, even if it’s going straight to the trunk, I finish it. Doing this upped my, how should I say, my stamina? I plow through drafts now, I just put my head down and go. I’m also trunking far less work because having the whole arc written down allows me to see better how I might fix a broken story.

Have you ever written something you didn’t like, but felt necessary for the overall story?
All the time. You get excited by certain parts of a story – a great scene, a great character. But there’s still connective tissue to write, and you still have to earn that amazing ending you’re imagining. Sometimes getting it done means writing very blah stuff, and sometimes it means writing very painful stuff. But as Neil Gaiman pointed out in a similar bit of advice, when you get to the end and look back, it’s often hard to distinguish where you were excited, and where you were keeping one eye on the clock, and where you were gritting your teeth and wincing at every word. It all has a way of smoothing out.

What do you wish people knew about life as an author?


That staring into space really is part of the process. Also, the pay is s**t. ;)

To purchase "Harkworth Hall" click here.
Posted by Lilaina Osborn at 9:00 am